A racist in charge of our rights?

In the latest installment of SocialistWorker.org's new feature Tales from the Trump Swamp, Nicole Colson looks at the racist past of attorney general pick Jeff Sessions.

That appears to be the case for Jeff Sessions--or to be precise, "Jefferson Beauregard Sessions III." The man who was considered too racist to be confirmed as a federal judge during the Reagan administration is now all but certain to become the attorney general of the United States, ostensibly in charge of protecting the legal rights of U.S. citizens as the country's top prosecutor.

Long before he became an Alabama senator in 1997, Sessions was in the national spotlight in 1985 when he prosecuted three African American civil rights workers in West Alabama for voter fraud--for helping Blacks to vote by absentee ballot in local elections.

Similar practices in the same area involving whites were ignored. Despite the fact that the jury in the case failed to return any convictions against the Black activists, Sessions still defends his prosecution today.

According to the New York Times, the case:

attracted national attention in part because aspects of the prosecution appeared unprecedented. Sessions was the first federal prosecutor to pursue allegations of absentee-voter fraud in a strictly local election, James Liebman, one of the NAACP lawyers, testified to the Senate in 1986, and the first to bring the might of the federal government to bear over a relatively small number of ballots.

According to New York Times reporter Emily Bazelon, Sessions' racist prosecution was a selling point for the incoming Trump administration: "If he had it to do over, Sessions would bring the case again, a Trump transition official told me in December," Bazelon noted.

A year after Sessions' failed prosecution, he was rejected by the Senate Judiciary Committee for a federal judgeship--becoming only the second rejected federal judge nominee in half a century--not only because of his prosecution of the civil rights workers, but also damning allegations about his own bigotry.

Among other things, a now-deceased Black assistant U.S. attorney named Thomas Figures said that Sessions repeatedly addressed him as "boy" and warned him to be careful what he said to "white folks." (Sessions denied the allegations.)

Other charges that came up during his confirmation hearings included that Sessions allegedly called NAACP "un-American" and "communist-inspired" for "trying to force civil rights down the throats of people." Sessions did defend that statement, saying he "really did not mean any harm by it" and was referring to the NAACP weighing in on issues unrelated to racism.) 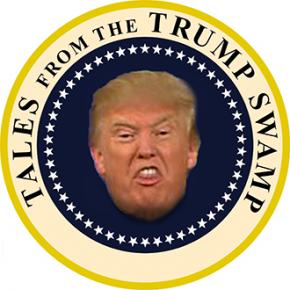 Sessions also once reportedly "joked" in the presence of an attorney with the Justice Department's Civil Rights Division that he thought the Ku Klux Klan was "okay" until he learned they smoked marijuana. During his confirmation hearing, Sessions said that his comment "was a silly comment, I guess you might say, that I made."

Sessions reportedly made the "silly" comment "while his office was investigating the 1981 murder of Michael Donald, a Black man who was kidnapped, beaten and killed by two Klansmen who slit his throat and then hanged his body in a tree in Mobile, Alabama," according to CBS News.

THE MAN who Donald Trump recently called a "world-class legal mind" particularly disapproves of the Voting Rights Act, calling it a "piece of intrusive legislation" during his 1986 judicial confirmation hearing.

Civil rights icon Coretta Scott King minced no words about the threat Sessions posed when she wrote a letter to Congress opposing Sessions' nomination. "The irony of Mr. Sessions' nomination," she wrote, "is that, if confirmed, he will be given a life tenure for doing with a federal prosecution what the local sheriffs accomplished 20 years ago with clubs and cattle prods."

What you can do

If you're in Washington, D.C., to protest Trump on Inauguration Day weekend, Socialist Worker and the International Socialist Organization endorse and urge you to participate in the following:

January 20 at 8 p.m.
The Anti-Inauguration
Featuring Naomi Klein, Keeanga-Yamahtta Taylor, Jeremy Scahill and others, a forum sponsored by Jacobin Magazine, Haymarket Books and Verso Books
Lincoln Theatre, 1215 U St. NW.
Tickets are free, but required for entry, doors open at 7 p.m.
Find out more at the Lincoln Theatre website

Sessions' racist views sunk his nomination then. Thirty years later, his image is now undergoing a rehabilitation as he inches closer to becoming the country's top law enforcement official--despite the fact that during the campaign, Sessions supported Trump's call for a ban on Muslims entering the U.S. (a position he tried to pull back from during his confirmation hearing).

Just over a year ago, on December 10, 2015, Sessions went against even most of his Republican Senate Judiciary Committee colleagues by voting against an amendment stating that the Senate would not create policies that discriminate based on religion. He was against it, he said in a 30-minute speech, because it enshrined "so-called 'immigrants' rights.'"

Any man who can refer to our rights as "so-called" shouldn't be put in charge of protecting them. But that's shaping up to be par for the course for the Trump administration.

The general sense of fear under Trump